Set high in the Andes mountains, veiled by dense vegetation and rising mist, the most iconic citadel in South America awaits. Machu Picchu has captured the imaginations of travelers for more than a century, and is without a doubt the biggest tourist attraction in Peru. Every year millions of people from across the globe head south to do the Machu Picchu day trip and explore the site, which has been preserved in exquisite detail thanks to its remote location, far from the greedy eyes of colonial invaders.

Machu Picchu, a Quechua phrase meaning “Old Mountain”, dates back to the 15th century Inca era. Formed of two distinct areas, the site covers a whopping 32,592 hectares, and is one of the best preserved Historical Sanctuaries in the world. It was constructed in the 1400s, as an estate for the Inca emperor Pachacuti. At one point, up to 1,000 religious leaders, artisans, and royal family members lived on site, but the citadel was abandoned shortly before the Spanish invasion.

The sprawling citadel includes polished stone temples, vast parallel terraces, monumental carved statues, and a huge observatory tower. The original 15th century street network remains in place, and ascending levels can be reached via a series of carefully sculpted stone staircases. The complex is considered one of the most impressive engineering feats of the Incan era, having been constructed without the help of wheels or iron tools, and continues to generate awe today.

Machu Picchu is now so well known that it is easy to forget that it lay hidden for more than 600 years, until an American explorer called Hiram Bingham unearthed the site in 1911.

The explorer had been searching for the lost city of Vilcabamba, but instead stumbled upon Machu Picchu, after hearing rumors about a huge abandoned city at the summit of a nearby mountain. He followed directions from local farmers, and was dumb-struck by what he found. The ruins were virtually impenetrable, due to the tangle of vegetation and bamboo thickets which had grown up around them, but Bingham and his group were immediately struck by the magnitude of the site.

Stone terraces, each measuring more than 10 ft tall, rose up miles into the distance, and exquisite polished stone work peeked through gaps in the overgrown mass of leaves.

He later described being left “breathless” by the discovery.

One hundred years after Bingham’s expedition, visitors to the vast citadel continue to be left awe-struck by its grandeur. For those wanting to experience the site first hand, the Colonial city of Cusco is considered the best place to begin.

Cuzco provides fantastic access to many of Southern Peru’s main attractions, including Rainbow Mountain and the Tambopata Nature Reserve. It is also the perfect base for those looking to explore Machu Picchu, with guided tours heading to the ancient ruins on a daily basis.

Although there are enough attractions in the vicinity to spend weeks touring the Sacred Valley, many travelers opt to visit Machu Picchu as part of a day tour. Although it is possible to visit independently using public transport, it often works out cheaper to book a combination ticket, which includes a bus ticket, tour guide, and entry fee to the ruins.

Get Your Guide’s Machu Picchu Morning Combo aims to beat the crowds by arriving at the site early. It includes bus fare, two hour guided tour, and entrance to the site, for around $200 per person. This is a great option if you’re looking for a quick, no hassle trip.

If you have a little longer to spend, it is worth considering a tour which includes a train journey. The route through the Sacred Valley is stunning, passing lush vistas and snowy peaks. Viator‘s Machu Picchu day trip swaps a bus journey for the train, making the journey to the ruins almost as exciting as the site itself. Once you arrive you will be taken round the citadel by a guide, and then transferred back to your hotel at the end of the day. This is a much longer experience – around 16 hours – but a rewarding way to experience the region.

For the intrepid traveler looking to get the blood flowing, there are many tour options which include a trek to the ruins. Alpaca Expeditions offers a great 3 night, 4 day trek from Cusco to Machu Picchu, which crosses 26 miles of stunning Andean scenery, before arriving at the ancient site. Food, tents, guides and porter services are all included. 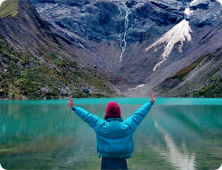 Lake Humantay: A tranquil, blue pool in the high Andes

A day trip to Humantay Lake, located in the Andes, reveals one of Peru’s greatest treasures. This stunning alpine lake glows a bright turquoise underneath the sun and draws visitors from around the world. The 9 April, 2021 | Reccy Guide 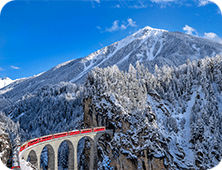 Explore Sunnegga: A Family Paradise in the Swiss Alps

The Swiss Alps around Zermatt contain some of the highest, most well-known peaks in Europe. Travelers come from every corner of the world to explore this incredible area and partake in a wide array of outdoor excursions. From hiking and trekking …... 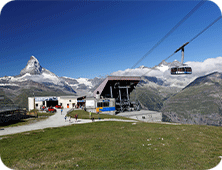 Adventure to Rothorn Summit from Zermatt by Cable Car

Visitors to the Swiss Alps have endless opportunities for exploration and adventure. The Valais region, home to the Pennine Alps, boasts some of the highest peaks and attractions in Europe. Of course, many excursions require extensive planning, e…... 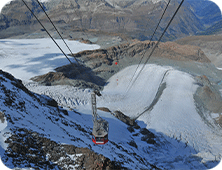 Breathtaking 360° Views of the Alps at Matterhorn Glacier Paradise

The Alps stretch throughout Europe, arching from France, through Switzerland and Italy, and then heading east toward Germany and Slovenia. Travelers who wish to explore these world-renowned peaks often have to narrow down which country and town t…... 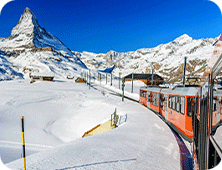 Explore the Alps in Style on the Gornergrat Railway

The Pennine Alps, located along the Swiss and Italian border, draw millions of visitors each year. Boasting nearly 30 mountain peaks that reach heights of 4,000 meters or more, this portion of the countryside is magnificent. Skiing, mountaineerin…... 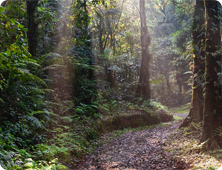 Spanning more than 274,000 hectares of pristine subtropical rainforest, the Tambopata Nature Reserve is a wonderland of rare flora, untouched rivers, and fantastical creatures. Nestled deep in the Amazon Basin of southeast Peru, this tropical wil…...