Leh, an intriguing desert town in the Himalayas

Leh is the capital of the Union Territory of Ladakh in India, and a popular destination for travelers and adventure seekers from across the globe. The city stands out because of its breathtaking beauty, the Buddhist monasteries that adorn many of the surrounding hilltops, its unique culture driven by its location at the confluence of Central Asia, Tibet and India, and the dozens of adventure trips that you can embark from here.

Located in northern India within the valley of the upper Indus River, it is a high altitude area with an elevation of ~3,500m. The tall peaks of the Ladakh range envelope the city. In the 17th century, king Sengge Namgyal relocated his court from Shey to Leh, legislating it as the capital of the region. With the king’s courts near the Khardung La – Karakoram corridor, the town evolved as a busy trading center on the Silk route. However, when the Chinese border closed in the 1950s, the city’s booming economy came to a halt.

A monastery in Ladakh

After the India – Pakistan wars of 1965 and 1971, Leh started to restructure itself as India rediscovered its strategic value in the Kashmir region. Given its unique geographical landscape, Leh opened for tourists in 1974.

Just like the unique landscape, the Leh community is diverse, borrowing significant cultural practices from Tibet and Central Asia. The community’s rural set up lends itself to agriculture practices. Leh draws adventuresome souls from all over the world, owing to its pristine landscape, Buddhist cultures, and an unique topography.

The town is famously known for its undulating terrain, high mountain passes including Khardungla Pass which at 5,359m is amongst the highest motorable roads in the world, and the Shanti Stupa, among other features, which make the experience exhilarating for the diverse travelers that visit the city annually. Leh’s landscape is unique; with every turn, the terrain transforms from one remarkable feature to another.

The magnificent landscape is characterized by gigantic mountains of different colors dotted with white monasteries and surrounded by Himalayan glaciers. This exceptional topography is further covered with rocky terrains, color-changing lakes, snow capped peaks, grasslands, and cold deserts. Tso Morori is one of the sparkling lakes of the Leh region, which amazes everyone with its ever-altering shades of water.

Not only is the region an enthralling destination for bikers and trekkers but also a fabulous tourist destination for tour enthusiasts and photographers. Families, couples, and young explorers have wandered around, stayed in warm homestays, relished local cuisines, and spent time in Leh for years.

The summer season of May to October is the most favorable time to visit Leh. During this period, you can enjoy rafting, sightseeing, camping, camel safari, mountain biking, trekking, and explore various routes rich in biodiversity. Summer also marks the beginning of several monastery festivals, which attract pious Buddhists and devotees from across the world. The city has been a nurturing hub for Tibetan Buddhist culture for centuries. Do not miss out on impressive performances, customs, and rituals during these colorful festivals.

In winter, between November to March, the city of Leh transforms into a snow beauty when the temperatures are insanely low, plunging to sub zero. Due to the extreme conditions, the town restricts some of the activities. However, this is the season you’ll have the bare lands to yourself. The landscape becomes more challenging for trekkers, and witnesses winter ascents to Stok Kangri and other fellow peaks. However, these expeditions are limited only to expert mountaineers and seasoned trekkers. During the winter, trekkers also gather here to experience the world famous Chadar Trek on the frozen Zanskar river.

So, book in advance, and make sure you carry enough winter and rain gear when you land in Leh.

Kushok Bakula Rimpochee Airport connects Leh to several cities within India. You can fly directly to Leh from Delhi, Srinagar or Mumbai. To get to the city center, take a bus or a taxi.

The nearest train stations are Chandigarh, Udhampur, Jammu, and Pathankot. From the rail stations, you’ll take a bus or taxi to Leh.

You can use state bus, shared jeep, or privately operated deluxe buses from Srinagar or Manali.

Leh has a variety of accommodations zones, which you can choose at a reasonable price. Many guesthouses are located in Karzoo, Changspa, and the neighboring areas. The accommodations in Changspa are surrounded by agricultural fields, offering a great view of the region. It takes approximately 15 to 30 minutes to walk from the town center to these northern suburbs.

Leh boasts many cafes and bistros serving world cuisine to adventure lovers who congregate in the city from across the world. The Main Bazaar, old city Bazar, and the areas around the bus station host several street food vendors, Tibetan restaurants, which offer thukpa, momos, and Indian cuisines.

There are many shops in the Main Bazaar and its surrounding streets that sell Tibetan antiques and replicas. The Tibetan market is full of jewelry, Pashmina shawls, a variety of souvenirs, and other gift items. There are a large number of bookshops selling books on the Himalayas, local history, guidebooks, and Buddhism. 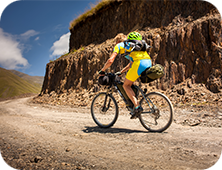 Adrenaline Adventure through Cyclist’s Paradise from Manali to Leh

Ask any serious cyclist about their top five bucket list rides, and Manali to Leh Cycling Expedition is sure to be on the list. Challenging, remote, and stagger…... 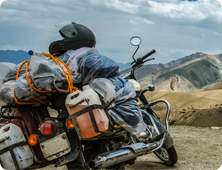 You’ve covered half of the world already on your motorbike and you feel like it is now time to conquer the Ladakh region of India. Or maybe, you have only been riding in familiar environments up until now and want to discover new roads in f…... 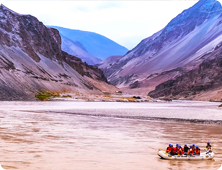 Known for its countless number of trekking opportunities, the Ladakh region is one of India’s adventure hotspots. You have heard about it, would love to visit, but are not into trekking? Not a problem! There is much more you can do here to …... 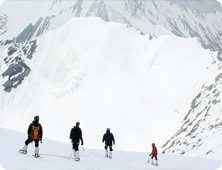 Stok Kangri: Summit one of the highest trekkable peaks in the Himalayas

!!!!! THE STOK KANGRI TREK IS CLOSED FROM 2020 UNTIL FURTHER NOTICE AS LOCAL AUTHORITIES WANT TO PROTECT THE GLACIER AND SURROUNDING ENVIRONMENT !!!!!

Towering at 6153m above sea level, Stok Kangri is one of the highest…... 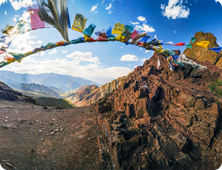 Trekking alongside the Markha river will take you through a magnificent Valley with incredible views over the surrounding mountain ranges, all the while meeting and sharing experiences with locals and fellow trekkers. The 4 March, 2021 | Reccy Guide 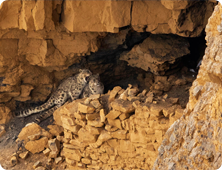 Trek on the footsteps of the Snow Leopard

Winter in the Hemis National Park is synonymous with snow-capped mountain backdrops, chilly camping nights, and chances to spot the rare and famous snow leopard. Found only in central Asia, the snow leopard’s population is today down to onl…...