Paro, adventure and Bhutanese culture at their best

The charming town of Paro is famous for the lush Paro valley. Paro serves as a base and starting point for multiple Bhutanese Himalayan treks. In ancient times, the location served as a central point to the two most important trade routes with Tibet.

The valley was forged by the river Paro Chu. Paro Chu flows from the south and crosses the Jomolhari range. The Paro valley is situated in the confluence of the Paro Chu and Wang Chu rivers. The region is fertile and is covered with expansive rice fields.

Paro projects Bhutanese culture at its best, showcasing traditional-style houses and settlements. The town is nestled on the valley floor. Roads through the town are meticulously planned using a grid pattern. This forms one of the distinguishing features of the city. The Central Plaza hosts multiple cultural events, attracting national as well as international tourists. It is designed like an amphitheater and a large prayer wheel adorns this touristy spot.

Paro houses around 155 Buddhist temples and ancient monasteries which help in sustaining the pristine Bhutanese culture. A few of these monasteries date back to the 14th century. They portray the ethnic architectural style and artistic iconography. Paro is the only city in Bhutan that has an international airport. In recent times, the township has grown considerably, while maintaining its unique blend of tradition and modernity. There are many new and luxurious resorts and hotels that have cropped up in the past decade. As a result of improving infrastructure and increasing awareness, the town has experienced a rapid increase in tourist influx from across the world.

Bhutan is a landlocked country and has been prone to invasions by neighboring regions, especially Tibet and Mongolia, for centuries. It is for this reason Bhutanese kings over time have constructed multiple forts to keep an eye on invaders and be ever ready for the defense of their land. Paro Dzong is one such fortress built at an altitude of 7000 feet. The fort overlooks both the sides of the beautiful valley. Also, there is a monastery at the same location that was constructed in the 10th century by PadmaSambhava.

Another historical fort is Drugyel Dzong, which was built in 1646. The fortress signifies Bhutanese triumph against the invading army of Tibet.

Strictly following the ideologies of the Buddhist religion, Bhutan’s incredible Taktsang Monastery, popularly known as Tiger’s nest is the most visited landmark in this area. The structure of the Monastery is tightly attached to a cliff, located above the dense forests of Rhododendron and Oak.

The National Museum is another important attraction in Paro. It has a watch tower which was made in 1967. The museum exhibits a range of local artifacts and artworks which distinctly epitomize the rich tradition and vibrant culture of the country.

Paro town with the Bhutanese Himalaya in the backdrop

Paro is a colorful town, conveying to the world the ethnic and traditional culture of the nation. The weekend market is a key attraction. The town celebrates the unique Bhutanese culture in the form of a five-day festival called Teschu which is typically organized every year in March/April, which is the best time to visit the town. The festival attracts cultural enthusiasts who take back home enriching memories of the ancient and colorful culture of Bhutan.

You can get to Paro easily by road from India through Jaigaon on the Phuentsholing border. It’s about 175 km to Paro from Phuentsholing and usually takes about 6 hours. You can use the bus service operated by the Royal Bhutanese government to get to the Phuentsholing bus station. There are private car rental services that you can book to get around.

The only international airport of Bhutan is also located here. This airport is connected with major Indian cities such as New Delhi, Guwahati, Bagdogra, and Kolkata as well as neighboring country capitals such as Kathmandu in Nepal and Dhaka in Bangladesh by the Bhutanese national carrier, DrukAir. The town is a few kilometers north of the Airport.  Bagdogra is the nearest Indian airport to connect to Paro.

While there is no network of railways to reach Paro in Bhutan, one can take a train to the nearest Indian train station at New Jalpaiguri and drive to Paro (~300km from New Jalpaiguri) via the Jaigaon – Phuentsholing border.

While historically Paro had limited options for lodging, many new and luxurious resorts and hotels have cropped up in the past decade. Most of the hotels are boutique in nature, with hardly any global brands present. Accommodation is priced very reasonably typically starting from USD 20 per night, going up to USD 50-70 per night. The rate obviously varies based on seasonality. Other than hotels, homestays, where you can experience authentic Bhutanese hospitality, are increasingly becoming popular.

Chencho is a famous market in Paro that trades in local handicrafts, weavings, kira, a traditional women’s attire, and jewelry. You can also buy embroidered items and woolen carpets, here. 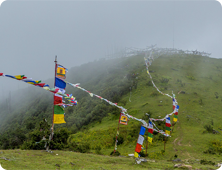 Chele La Trek: Experience the thrills of Bhutan in 3 to 4 days

Chele La Pass trek is one of the shorter treks in Bhutan. If you’re planning to be in Bhutan for a few days and want to explore the regional Himalaya, it’s good to know that it is quite unique compared with Ladakh or Nepalese Himalaya…... 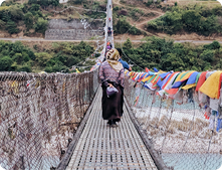 While the challenging Snowman Trek is probably the most well-known trek in Bhutan, the Druk Path trek is also famous among the worldwide adventure community. Importan…... 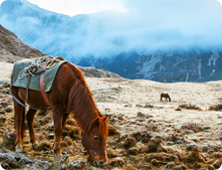 Laya Gasa Trek: Traverse remote Bhutanese passes and visit some of the highest settlements in the world

Laya Gasa trek is an exhilarating trek in the Bhutanese Himalaya. For more than 15 days, the trekkers walk the undulating terrain along the Indo-Tibetan border to eve…... 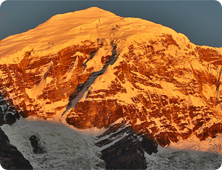 Jomolhari Trek: Loop around the Mountain of the Goddess

At an altitude of 7326 m, Mt. Jomolhari is known as the Mountain of the Goddess. The mythology of the region mentions that this peak is a divine residence of the ‘five Tsheringma sisters’. Apparently, under the commanding oath of Guru…... 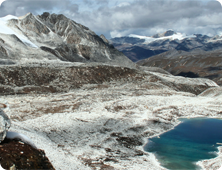 Amongst the hiking community, the Snowman Trek in Bhutan is the most popular adventure. In Bhutan, rules do not allow hiking beyond 6000 meters. The gove…... 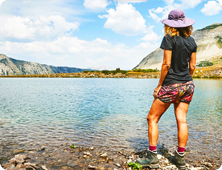 Dagala Thousand Lakes Trek: Traverse through the heart of Bhutanese Himalaya while camping next to pristine mountain lakes

The Dagala Thousand Lakes Trek, as the name suggests, attracts all the lake lovers, and adventurists. The trek is, indeed, home to several lakes midway as well as around the campsites. Not only this trek is moderate terrain but it also delivers a…...